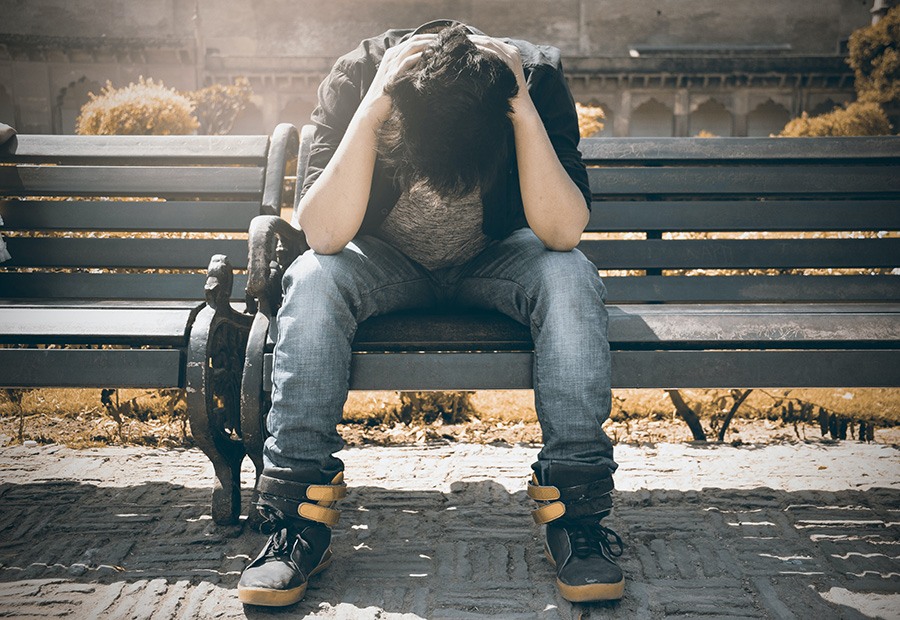 What Is Phencyclidine (PCP)?

Phencyclidine, also known as PCP, is considered a mind-altering drug that was developed originally as a surgical anesthetic. Due to it’s powerful, mind-altering effects, PCP addiction is possible.

Side Effects of PCP Abuse

PCP was introduced as an anesthetic for surgical procedures in the 1950s. The medical role of PCP was discontinued in 1965 though because its negative side effects far outweighed its intended benefits. In fact, medical patients that took PCP often experienced the following side effects:

Today, PCP is classified as an official Schedule II drug underneath the Controlled Substances Act. PCP is an intoxicating drug with a few stimulant effects and anesthetic and sedative properties. It’s common for hallucinatory drugs to distort a person’s reality and therefore, perception.

PCP can also create an extensive range of other negative effects. When a person engages in PCP abuse, the drug can cause the following in individuals:

PCP is highly habit-forming due to all of its hallucinogenic and euphoric effects. Thus, it’s very common for people who use or abuse PCP, whether legally or illegally, to develop a PCP addiction. Typically, the illegal form of PCP is manufactured in secret laboratories and therefore, produced in various forms such as:

Generally, when individuals engage in PCP abuse, they snort it, consume it orally, or smoke it. Although this method is uncommon, it can also be injected. When people smoke PCP, the powder is usually applied to the leaves of marijuana, tobacco, mint, and/or parsley first.

Mixing PCP With Other Substances

Many drug users might also consume PCP unaware since it is often used as an additive in various other addictive drugs like meth, marijuana, and LSD. Any use of PCP is considered to be dangerous and can result in severe psychological and physical side effects that might have long-lasting consequences. It’s vital to remember that dependence, cravings, tolerance, and PCP addiction are super common.

On the street, PCP can be discovered through tablets, powder, capsules, and liquid. Out of every available form of PCP, the liquid and white powder are known as the most distinguished. Therefore, PCP will be either injected, snorted, smoked, or ingested.

PCP can be added to various other drugs such as nicotine cigarettes or marijuana joints called “love boats” or “dippers”. Sometimes, PCP is even mixed with 3-4-methylenedioxy-methamphetamine, ecstasy, or MDMA, which can be marketed as “elephant picking” or “pikachu.”

The marijuana joints that are laced with PCP are also known by the following names:

How Common Is PCP Addiction and Abuse?

Many people who abuse PCP will sprinkle the powder onto leaves of parsley, marijuana, tobacco, and mint then smoke it. When PCP is abused in this specific way, the overall effects are experienced or felt in as little as two to five minutes and can last from four to six hours. If PCP is consumed in pill form orally, the effects are felt in about 30 to 60 minutes and can last about 24 hours.

Generally, PCP abuse is associated with bizarre and violent behavior, but it’s not entirely based on fact. According to the Center for Substance Abuse Research, research doesn’t support the overall idea that PCP is the cause of superhuman strength and bizarre behavior, as reported in several reports. There are plenty of individuals who have experienced outbursts of vicious behavior that also have a history of the following:

The above-mentioned behaviors may or may not be directly linked to various instances of substance abuse such as PCP abuse. However, PCP abuse and PCP addiction can also cause:

The above-mentioned might result in erratic and violent behavior.

What Are the Side Effects of PCP Abuse?

Long-Term Side Effects of PCP Abuse

It’s important to note that taking a high amount or dose of PCP can also result in an overdose. The most-reported PCP deaths also can include the following:

Causes of Developing a PCP Addiction

There are several risks and causes of an individual developing a PCP addiction. The first one is genetic factors. Whether or not a person will decide to engage in PCP abuse, in the end, is often dependent on his or her family history.

Researchers have discovered that addiction can also be found amongst individuals who share the same genes. This supports the belief that genetics can play a major role in the overall development of substance abuse and addiction.

The next cause of a person developing a PCP addiction is environmental. Overall, the environmental influences that can prompt a person to abuse PCP include exposure to other individuals abusing the drug and being able to acquire PCP easily.

Moreover, if an individual has a history of being exposed to trauma, violence, or even just being victimized in any type of way, there lies an elevated risk for him or her to abuse substances such as PCP. Signs and Symptoms of a PCP Addiction

Numerous behavioral signs might indicate PCP addiction or simply PCP abuse. They include the following:

Risks of Developing a PCP Addiction

There are several risks to developing a PCP addiction and engaging in PCP abuse. When an individual engages in chronic PCP abuse, it can lead to physical and psychological dependence on the drug. Such dependency can lead to compulsive and drug-seeking behaviors and drug cravings.

The repetitive use of PCP can create a physical dependence on an individual, and his or her brain. Repeatedly using PCP will increase a person’s tolerance to the substance and make it more tolerable. Therefore, overtime, people who chronically abuse PCP need more and more of the substance to produce the same outcome.

Individuals who suffer from PCP dependency will begin to feel more out of balance without the drug. As a result, such people will seek the drug to maintain an overall feeling of normalcy.

Once individuals are fully dependent on PCP, there will be an excessive amount of time spent using, recovering, and obtaining the drug. Engaging in chronic PCP abuse though can lead to permanent and serious health concerns and brain damage. Therefore, early intervention is vital.

In addition, PCP abuse can also imitate the symptoms of schizophrenia, therefore causing psychosis, as well as making mental health disorder symptoms that much worse. According to the National Alliance on Mental Illness (NAMI), it was estimated that as many as about 50% of all drug abusers suffer also from mental illness, and roughly half of those struggling from a severe mental illness abuse substances.

What Are PCP Withdrawal Symptoms? 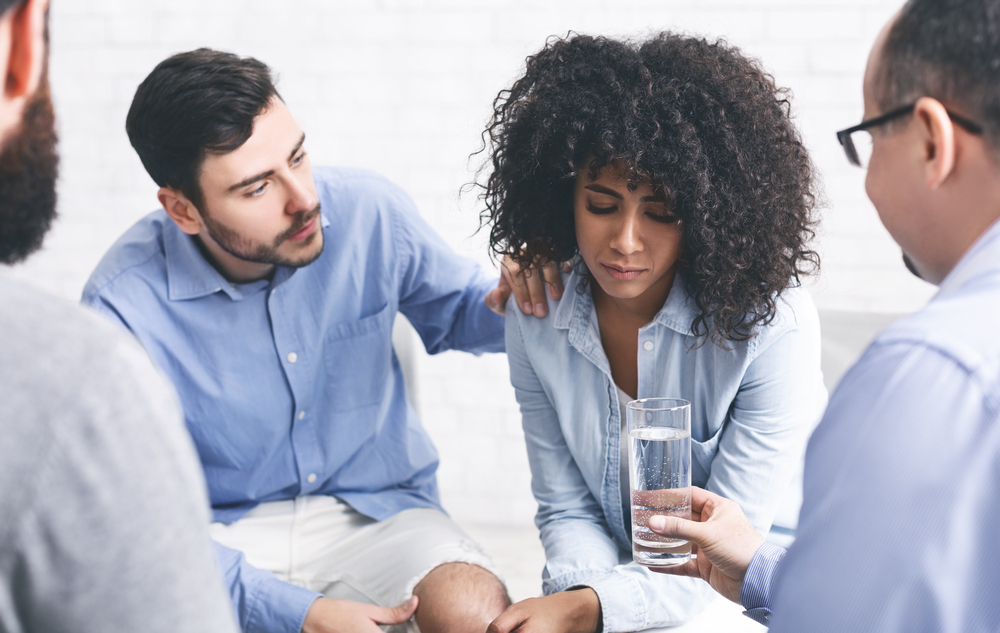 Treatment for a PCP Addiction

Since PCP addiction is considered a disease of the brain, it’s an actual problem for several individuals. Without the proper method of treatment, PCP addiction can significantly reduce a person’s overall quality of life. Fortunately, any individual can overcome PCP addiction with the correct form of help.

After an individual who suffers from PCP addiction completes the detoxification process, an outpatient or inpatient PCP rehab program can assist him or her in overcoming full addiction. It can do so by addressing any underlying behavioral and psychological issues that a person with a PCP addiction may be suffering from.

PCP rehab can also help a person discover fresh, new, and more positive ways to cope with many of life’s circumstances. There has been research that has showcased long-term addiction treatment that can last up to 90 days and provides the most effective opportunities for lasting sobriety.

PCP addiction treatment programs often also include family therapy and family support to address the needs of the complete family unit, not just the individual addicted. Overall, these objectives are attained with evidence-informed treatment methods that can include:

If you or someone you know is facing a PCP addiction or engaging in PCP abuse, help is available. We can help you manage your drug cravings and make the withdrawal process much smoother. Our evidence-based treatment models are specialized for each individual.

Lastly, our behavioral therapies are super effective in reversing negative behavior thoughts and patterns. It can boost positive self-esteem and self-image throughout you. Let’s get started.