What Can Marijuana Be Laced With?

Other names for marijuana are weed, pot, herb, bud, grass, ganja, Mary Jane, and an extensive number of other slang terms. It’s a greenish-gray mixture of dried flowers that are of Cannabis Sativa. Like all substances, marijuana can be addictive. This is especially true when marijuana is laced with another substance. It’s highly dangerous to consume laced weed. 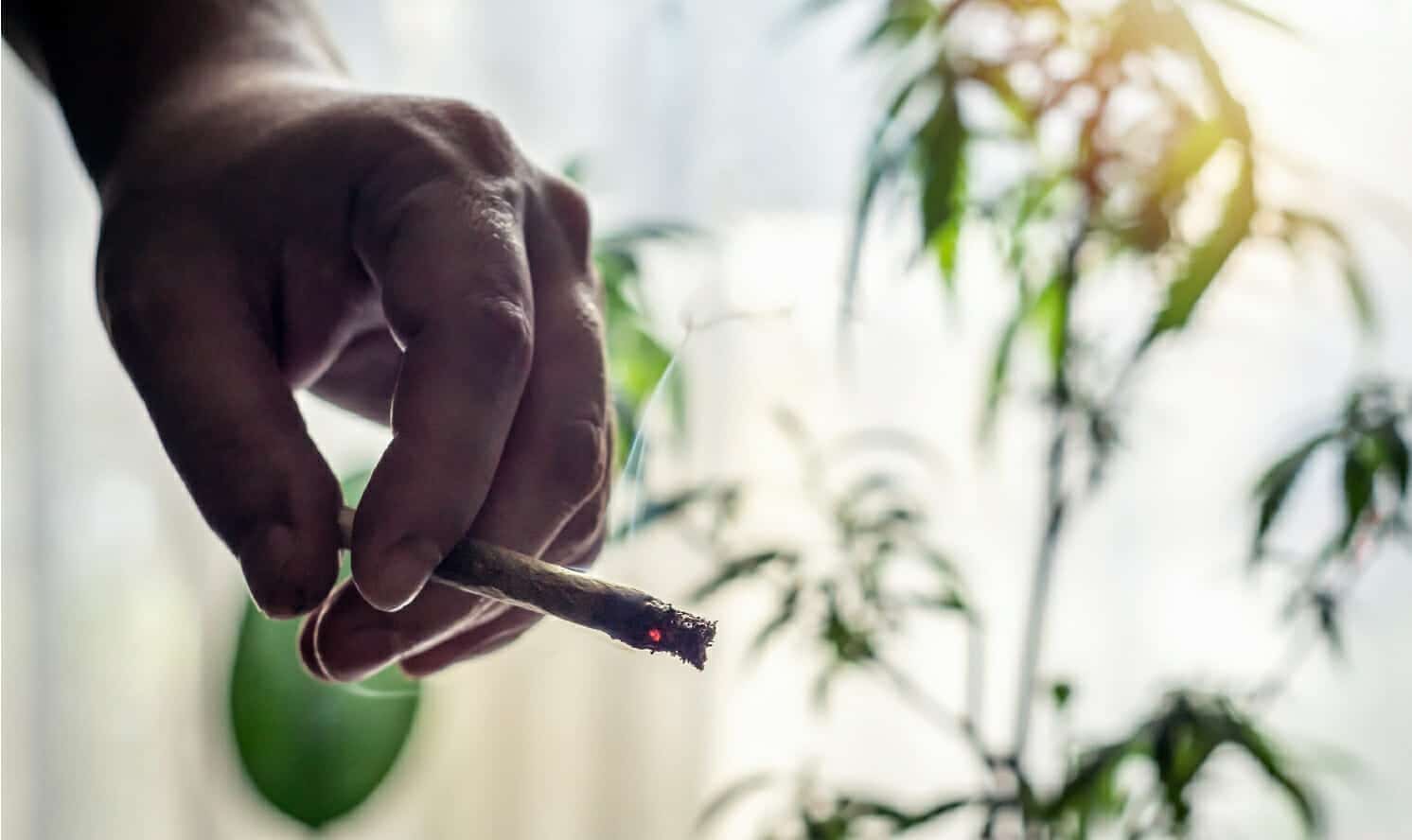 Some individuals smoke marijuana in the following ways:

People can utilize marijuana to brew tea, specifically when sold or consumed for medicinal purposes. People frequently mix marijuana into foods, also known as edibles, such as cookies, candies, and brownies. Some people use vaporizers increasingly to consume marijuana as well.

The stronger forms of marijuana include sinsemilla (which is deprived of specially tended female plants). Thoroughly concentrated resins that contain high doses of marijuana’s active ingredients  include:

The resins are becoming increasingly popular among individuals who use them both medically and recreationally. One of the main psychoactive or mind-altering effects of marijuana is delta-9-tetrahydrocannabinol (TCH). It is responsible for most of the intoxicating effects that individuals seek while engaging in marijuana use.

People discover this chemical in resin. The buds and leaves of primarily the female plant produces it. The plant also contains more than 500 other chemicals. These include more than 100 compounds that are chemically related to THC, which are also called cannabinoids.

What Does It Mean When Marijuana Is Laced?

When marijuana is laced with another substance, it is usually for the intention of bulking up the amount of addictive qualities in the original substance and ultimately gaining more profits. A drug that is typically laced often is cocaine. Other drugs are often laced with other substances to add more weight and bulk them up for profitability.

In a few cases, drugs are laced with other substances to completely alter their psychoactive effects, whether that is diminishing or enhancing the overall effects. There have been recent cases in the media of heroin being laced with the drug fentanyl. Oftentimes lacing one highly addictive drug with another is fatal.

Even though marijuana is less likely to be intentionally laced with other substances, it still does occur. It is much more likely to occur in cases where individuals who sell laced weed illicitly attempt to bulk up the product and gain way more profits. Sometimes very low-quality laced weed is laced with another drug to enhance the psychoactive efforts.

There aren’t many reliable statistics that show how often laced weed is intentionally formed. As more and more cannabis products become legalized for more medicinal purposes, and in some states for recreational purposes, there will be particular regulations regarding the overall quality of a substance that is marketed legally. Thus, buying laced marijuana is far more likely to happen when an individual purchases the substance from an illicit source.

What Are The Common Ways That Marijuana Is Laced?

There are various common ways that marijuana is laced with other psychoactive substances to produce various psychoactive effects or even with other plant materials to make it weigh more and ultimately generate more profit. According to Buzzed: “The Straight Facts about the Most Used and Abused Drugs from Alcohol to Ecstasy”, people may intentionally or unintentionally lace their marijuana.

Below are common ways that form laced weed. These ways of lacing marijuana will answer the question, “How to know if weed is laced?”

There was a recent article on Smithsonian.com that reported that the potency of THC that’s present in marijuana and is being marked today is exceedingly high compared to that in the marijuana available in the 1970s and 1980s. Still, though, there are strives to extend THC to create more potent marijuana edible products. Such potent edible products can be damaging.

There have been recent tests of substrate and soil used to grow marijuana plants in states where it was legal. Within such tests, the plants retract heavy metals from the soil that they grow in. Thus, the attempts to develop more potent THC cannabis products have also resulted in greater amounts of heavy pesticides and metals being in the final product.

In the Smithsonian.com article, it was also reported that, in numerous cases, legal marijuana being marketed in states such as Colorado has extremely high counts of bacteria and fungi that can be potentially risk-taking. It also indicates that safer and newer standards regarding cannabis production needed to be implemented. Even though these cases aren’t the result of people intentionally lacing marijuana, they do indicate that the standards for storing, growing, and marketing cannabis remain poorly defined.

There are some reports of marijuana that contains glass. This can be a health hazard for people who smoke marijuana or make edible marijuana products. If one suspects that there might be glass in his or her marijuana, it can be tested by taking a little bit of the product and rubbing it on a CD.

The above-mentioned approach answers the question, “How to know if weed is laced?” Glass will scratch the CD if the marijuana has been laced with it. Unaltered marijuana should not be able to scratch the CD.

There have been some reports indicating that marijuana has been laced with heroin. When individuals smoke laced weed, they become extremely relaxed and lethargic. They also might develop potentially extreme symptoms such as reduced heart rate, confusion, and reduced breathing rates. Individuals that consume weed that’s laced with heroin might even become unconscious.

By itself, heroin is a potentially fatal substance and dangerous drug, let alone when combined with marijuana.  Individuals who do not regularly use heroin will have a significantly lower tolerance compared to individuals who utilize it regularly. Thus, people who aren’t used to using heroin may easily experience an overdose when consuming marijuana that’s laced with it.

PCP is a deadly dissociative hallucinogenic drug that is known for being added to marijuana to produce more varied psychoactive effects an overall stronger product. According to various news stories, laced weed with PCP has occured in situations where the individuals weren’t even aware that the cannabis was altered.

So, “How to know if weed is laced?” When marijuana is laced with PCP, people often sell it under various names such as fry, superweed, dusted weed, wet weed, and so on. PCP added to weed can result in various potential detrimental effects such as:

When marijuana is laced with cocaine, including the crack form of cocaine, it’s done often to generate a distinctive set of psychoactive effects that include the actual stimulant effects of cocaine being combined with heightened marijuana sedative effects. Individuals often lace the drug by themselves for personal use. People don’t often sell marijuana that’s laced with cocaine, however, there are scattered reports that this process does occur.

How to know if weed is laced? Individuals who encounter marijuana that has been laced with cocaine will most likely develop various negative and emotional reactions to the substance. This is due to the unexcepted effects of actually taking the drug.

There have been some reports that have indicated marijuana being laced with embalming fluid (formaldehyde). People lace weed with embalming fluid in an attempt to produce particular psychoactive effects, such as making marijuana more potent than it is. This can be a very potentially fatal issue and has been known to present cognitive issues. The memory loss that occurs due to this deadly combination is because of neurological damage and even potentially dangerous effects.

LSD is a powerful hallucinogenic drug that produces extremely potent effects at very minor doses. When you lace marijuana with LSD and smoke it, it will probably not result in any serious effects that are associated with LSD. This is because the heat of the combination of the two will destroy the effects.

Individuals who possibly lace their weed with LSD sometimes press the end of the marijuana cigarette in a manner that puts the LSD on their lips. The above-mentioned process will result in the actual substance merging into one’s system. It will also result in the overall development of the powerful hallucinogenic effects.

LSD is an extremely addictive substance. Extremely tiny amounts of it will produce hallucinogenic effects that can last 10-12 hours at one time.

Even though LSD isn’t typically considered to have significant pressing physical consequences, individuals that are unaware that they are taking LSD are more at risk for becoming emotionally upset and experiencing severe “bad trips.” These “bad trips” can result in potentially weighty consequences due to poor judgment or accidents.

Ketamine is a club drug that has been reported by a few sources to be laced with marijuana on some occasions. The actual use of this drug typically results in numerous dissociative and stimulant effects. Such effects can be potentially threatening for individuals who are not aware that they are ingesting the drug. Ketamine can also result in overheating and severe dehydration.

There have been some reported cases where methamphetamine has been laced with marijuana. Methamphetamine is a powerful stimulant and is frequently known as crystal meth. It can produce the following extremely powerful effects.

How Can Consuming Laced Weed Negatively Affect A Person?

Consuming laced weed can negatively affect individuals in various ways. When you add stimulants to marijuana, it typically results in stimulating effects. Depressants being added to marijuana will generate significant feelings of lethargy and sedation.

Hallucinogenic drugs being added to marijuana will generate delusions and hallucinations. Aside from these specific substance effects, there are some overall general side effects that a person who is consuming laced weed will likely experience.

The general effects include:

What Precautions Can One Take To Avoid Taking Laced Weed?

The following are precautions that one can take to avoid taking laced weed for medicinal use:

What Are Some Myths When It Comes To Laced Marijuana?

There are many myths when it comes to laced marijuana circulating such as:

What Are The Treatment Options For Marijuana Addiction?

There are many treatment options for marijuana addiction based on studies. The behavioral therapies that have shown promise are the following:

If you or a loved one is actively struggling with marijuana addiction, know that there are treatment options available for you. It begins when you pick up the phone and ask for help. Our unique approach to addiction treatment here at Harmony Ridge is certain to assist you in beating your marijuana addiction.